of The City of Tampa Inc

of The City of Tampa Inc

Caring for those WHO SERVE.

The Firemen’s Benevolent Association is dedicated to providing physical, emotional, and financial support to our firefighters and their families during times of need.

TO SERVE THOSE WHO SERVE

The Firemen’s Benevolent Association of Tampa

Established in 1909 the Firemen’s Benevolent Association of the City of Tampa has served the men and women of Tampa Fire Rescue for over a century. Founded as a widow’s and orphan’s fund for the families of fallen firefighter’s the FBA has grown to support the health and welfare of Tampa’s Firefighters and has stood to provide physical, emotional and financial assistance to its members in times of need.
These brave men and women who have dedicated their lives to the service of their community are, at times, faced with hardships of their own– devastating hardships that impact not only themselves but their families as well. In keeping with the rich traditions of the fire service and its brotherhood, the Firemen’s Benevolent Association was organized to offer assistance to our firefighters during these difficult times.
The FBA is a non-profit Association who’s purpose is to support the health and welfare of its firefighters through the provision and management of life, health and accidental injury assistance as well as emotional support and financial bereavement assitance for both active and retired members. The FBA is funded primarily through the collective contributions of its members as well as sponsorship and generous donations from citizens and the business community.

The FBA supports a variety of efforts to increase awareness for the vast array of physical and emotional issues facing our firefighters. We actively seek to provide wellness, training and education for our members.

FBA membership provides our firefighters with access to a variety of benefits to aid in times of need. Log on to the member’s portal for more information concerning benefits management.

Members have access to AFLAC supplemental coverage for accident, medical, cancer and more – all with special group rates.

The FBA scholarship program is aimed to support and foster the young minds that will be our future. 2 separate scholarships, one for academic excellence and one for public safety, are awarded annually to the most successful eligible candidates. See the member’s portal for more details

The Firemen’s Benevolent Association is managed by firefighters for firefighters with dedication to the support of our troops and the pursuit of to their health, wellness and quality of life.

To the FBA’s new home on the web!

REGISTER HERE Members please take a moment to register your membership for online access to the latest in benefit information, claims, processing and more.

So proud to partner with Heather and Back The Line Charity Events! This year’s event will bring support to one of our own! Please share the page, register a sponsorship or team and come out for a great day of fun and camaraderie!  ... See MoreSee Less

It is such a fun event! Even if you don’t golf you are welcome to come out to support the family and buy raffles/silent auction!! 🚒🚒🚒

There are no words to truly describe the devastation that our brothers/sisters to the south have endured. So many thanks and much appreciation for those who volunteered their time and labor to aid in the recovery. The FBA is proud to have supported these volunteers and commend their efforts to help make better tomorrows! ... See MoreSee Less

For the fitness! For the challenge! For the cause! 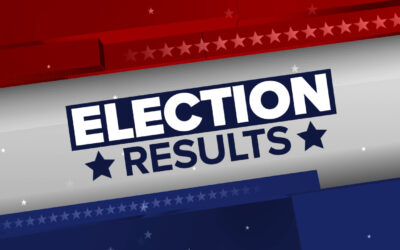 The FBA would like to thank everyone for taking the time to log on and cast their vote in this year’s FBA election. Congratulations to all those elected to serve! Vice President: Cpt. Aaron Hanson Secretary: Lt. Tim Shuman Board of Directors: Lt. Rush Roberts D/E...

END_OF_DOCUMENT_TOKEN_TO_BE_REPLACED

The FBA would like to thank everyone for taking the time to log on and cast their vote in this year's FBA election. Congratulations to the incumbents and those newly elected to serve! President: Cpt. Frank Rosete Treasurer: Chief James Gilligan Board of Directors:...

END_OF_DOCUMENT_TOKEN_TO_BE_REPLACED

The Effects of Blood Pressure Control on Brian Function

While we in the Occupational Health Office often talk about the need to manage your blood pressure as it relates to cardiovascular, brain (stroke prevention), and kidney health, it is now known that there is a well-documented link between uncontrolled high blood...

Benefits management is an important part of your membership and the core of our mission.

To Honor Our Fallen

The duck has those answers!